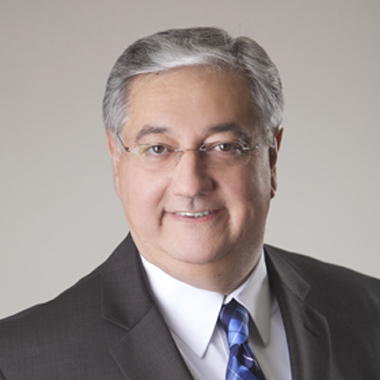 JOHN FORTINO has served as the Chairman of the Board of Directors since inception and also serves as Bishop President of AAFC. Born on January 4, 1960 in Buenos Aires, Argentina to Italian immigrants, he heard and unreservedly obeyed the apostolic message in his youth, overcoming his family’s religious opposition. Immigrating to the United States in the early eighties to study at Fuller Theological Seminary, he was called to be a National Evangelist in 1981 by then Secretary of National Missions, Bishop Roberto Ramírez. As a minister Bishop Fortino helped in the Apostolic Assembly’s development in Washington D.C. The Lord called him to plant in 1987 “Fountain of Life” Apostolic Church in Miami, Florida. After twenty-seven years he continues to shepherd this large, flourishing and multicultural church of more than 700 members. His trailblazing leadership was demonstrated when he was elected Bishop Supervisor in 1997 to reestablish the Florida District. He served in this position for seven years. From “Fountain of Life,” the church he pastors, he has planted eighteen new congregations. Near the dawn of the new millennium, the 1998 General Convention elected Bishop Fortino as Secretary of National Missions where he spearheaded for eight years the planting of churches all throughout the East Coast and the Heartland of our nation. Bishop Fortino is a prolific author of fifteen books, which include “The Life of the Redeemer” and “The Spiritual Life”. In the 2010 General Convention he was elected Bishop Vice President and he was the School of Pastors founding director. The 2014 General Convention elected him by overwhelming vote our eleventh Bishop President. Bishop Fortinio obtained a Doctor of Ministry degree from Knox Theological Seminary (Fort Lauderdale, Florida) in May 2013.